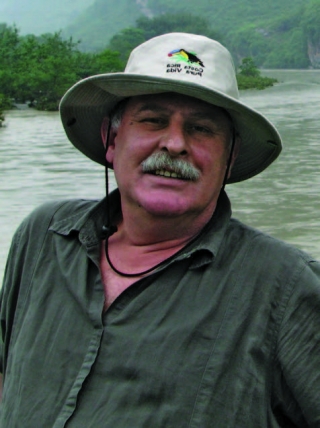 Travelings was Maxim's great love. And their sequel - sharing with friends, books, photos, exhibitions. He has over 1000 travel stories, radio broadcasts and reports, many photo exhibitions and 11 books, most of which describe his travels over the world. His restless creative spirit has led him to more than 150 countries on 5 continents.
Maxim Minchev was Director General of the Bulgarian News Agency, President of the Union of National Electronic Media and the Association of Bulgarian Media Worldwide. In 2016, he became Secretary General of the World Council of News Agencies (NAWC) and President of the Association of News Agencies from the Balkans and Southeast Europe (EANA). He is a member of the Union of Bulgarian Journalists (UBJ), the Union of Bulgarian Writers (UBW), the International Organization of Journalists (MOJ).
He has been a member of the World Federation of Travel Journalists and Writers /FIJET/ since 2000. He is a Honorary President of the Bulgarian Association of Travel Journalists and Writers / ABUJET/.