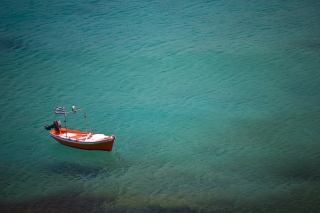 If someone will ask Russians about their favorite summer destination many of them will answer “Greece, of course!”. But 2019 summer statistic says the different. According to Heraklion airport information the number of tourists’ arrivals is 20% lower than during the same period in 2018. And that is evident if we check the Russian TO behavior on the destination

ANEX Tour has planned less charters to Crete from Moscow from five to three weekly, having the same two flights from Moscow to Rhodes. But TO has increased the number of packs on the regular flights base.

Mouzenidis Travel cancelled Moscow –Chania charter in the very beginning of the season. Last year this operator fulfilled Moscow-Heraklion flights twice a day.  Now only one flights is on the rout. The good news is that instead of Airbus A319 and Boeing 737 tourists fly on Airbus A320.

Coral Travel had to cancel one charter on the route Moscow-Heraklion on Friday from 19/07/19. Earlier this operator has also cancelled Moscow –Chania, Samara-Heraklion, S-Petersburg-Rhodes and Rostov-Rhodes programs. TO’s PR director Marina Makarkova explained that the programs were not loaded well.

Nevertheless, there is another strategy on the market. TEZ TOUR Greece director Dimitris Kharitidis says, that TO has increased the flight program on 10% in all. For Crete the increase is 15%, for Rhodes is 16%. And the maximum growth TEZ TOUR has got on Peloponess- up to 60%!

What is going on in Russian TAs? Here the situation is very different. Moscow agents do fill the lower request for the destination, but it is not critical and that is why Moscow programs are in the better situation. While regional TA managers speak about huge difference between requests for Greece and Turkey. They are shoked with the high prices for deluxe hotels in Greece. All the bookings for this hotels category were made during early booking mainly. Some of them were cancelled because of the whole programs cancellations in regions as there is no variants for transportation there. Our tourists do not want to go from Moscow as they had the experience of flying from the native city especially to the deluxe hotels.

Experts discuss the reasons of Turkey preferences. One of them is the decline in purchasing power of Russians. It is caused by the way the of economic growth in the sectors which can’t give the quick recoil. Vladimir Inozemtzev Center of postindustrial society research director considers that the population will not get approximately 6% of budget means this year. That is why the financial opportunities of the population are lower this year in total. According to the statistic the average salary in Moscow in 2018 is 81 840 rubles per month that equals 1159 euro (at the rate 1euro=70,61 rubles). But this figure in regions differs in times downward. While the family of four persons should pay at least 1500 euro per week in 5* all inclusive hotel. That is lower level for 20/08/2019 departure day. So, those who can spend money free has already done it during the early booking period, but the whole travelling potential is weaker this summer in Russia. We see the confirmation of this thesis in the numerous requests for 3*- 4* hotels during the season. The statistic of booking services in Russia shows the amount of 35-40 euro as the average daily expenses for the family in August 2019 if the tourists are arranging the rest themselves. This tendency seems to be long lasting.

The other reason is rather high prices for deluxe hotels in Greece. The hoteliers also feel the low request and not only from Russian market. Europeans are also coming in less number to Greece this summer. Here the hotels management can say that 24% VAT payments make them powerless to low down the rates. Nevertheless, they do that as one can see unusually big number of SPO for the stay during the “gold time” in July and August. Sometimes TO can’t use all SPO so numerous they are. In such moments tour managers can see the great difference in prices of some TOs rates -up to 1000 euro. That is rather nervous moment for the whole market as every manager is looking for the secure partner first of all and very low price with one TO may look dangerous. The examples of great discussions on the topic are available in social media professional publics in July. August is near…..

But turning to the Greece economy, do we have any chance here to return the tourists flow back? Many hopes are entrusted to the new prime-minister Kyriakos Mitsotakis just elected on the parliament elections which were held the 7-th of July. New democracy party has won these elections. And the question of VAT dimension decrease twice downward in tourism and in the adjacent tourism sectors is one of the those which the party has promised to solve in case of the victory. The expectations are: 13% VAT instead of 24% today. So, now the experts wait for the implementation of this promise. That can change the situation in tourism radically. The Greece already has such examples in the past. The main question is how long this decision will take in the government.

In conclusion we can say that any critical situation has several objective reasons. This one is not the exclusion. There are ways out and both sides are working on them with the believe in better season finish and next year. The work in tourism is aimed to connect people and that is why it is so involving and interesting. And let the next topic will be more positive!