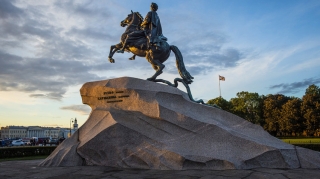 On July, 18, 2019 Russian president Vladimir Putin announced that foreign citizens will get the opportunity to enter Saint-Petersburg and Leningrad region by means of E-visas. Now the same right is used in the Far East and Kaliningrad regions.

This process started in Russia on September, 3, 2016 when the president said about E-visas for Vladivostok for the first time. And the first E-visa was issued on August, 10, 2017 for the citizen of Saudi Arabia. There were 85 thousand E-visas issued till June 2019 for the free port of Vladivostok. 65 thousand of them were issued for the Chinese citizens.

On February, 27 in 2017 at "Sochi-2017" investment forum Anton Alkhanov said about the plans for E-visas for Kaliningrad too. Practice of issuing them started on July,1, 2019. The first e-visa was issued for the Polish citizen. Now they are able for the 53 European countries citizens (except Great Britain). E-visas are free of charge for everybody.

On July, 10, 2019 Zarina Doguzova the head of the Federal Agency for Tourism (Rosturizm) on the sidelines of the Second Russian-Indian Strategic Economic Dialogue taking place in the Indian capital of New Delhi said: "As you know, on January 1, 2021, the e-visa system will be introduced in all of our country based on the president’s instruction. In this connection, we have the remainder of this year and next year to promote this option and Russia’s tourism potential".